Held by the Embassy of Switzerland, the week-long Film Festival put several films made by Swiss filmmakers on screen in an open-air ground inside the embassy. The Head of Culture & Media of the Embassy of Switzerland, Mr. Tobias Wender, invited Ms. Qin and Ms. Xu to the event on Friday, in which The Pacifist was on screen. The 75-minute documentary is about how Gertrud Woker, a Swiss biochemist and peace activist, campaigned against the use of poison gas and other weapons of toxicity in warfare. The guests were staff from other embassies, persons of friendship and scholars from both China and abroad.

The event was of social and cultural nature, and there were chats before and after. Ms. Qin and Ms. Xu took the chance to give brief introductions to the OLYMP’ARTS 2023 and International Olymp’Arts Committee to Tobias Wender as well as the Head of Culture of the Embassy of Poland, Mr. J.Jeyzy Malicki, and Head of Public Affair of the Embassy of Belgium, Mr. Johan Van Hove. Everyone showed great interest to the OLYMP’ARTS 2023 and had high praise to the mission of Arts for Harmony of WOAC. There were great wishes to visit the WOAC (Switzerland) Beijing Representative Office, and to cooperate in the realm of culture and art.

With more attentions to the OLYMP’ARTS 2023 from the embassies and governments of different countries, we surely can build the future of are and humanity together. WOAC (Switzerland) Beijing Representative Office would like to work with the embassies and cultural centres of different countries, allowing more communication in the channel of art and culture.

Ms. Qin and Tobias Wender, the Head of Culture & Media of the Embassy of Switzerland 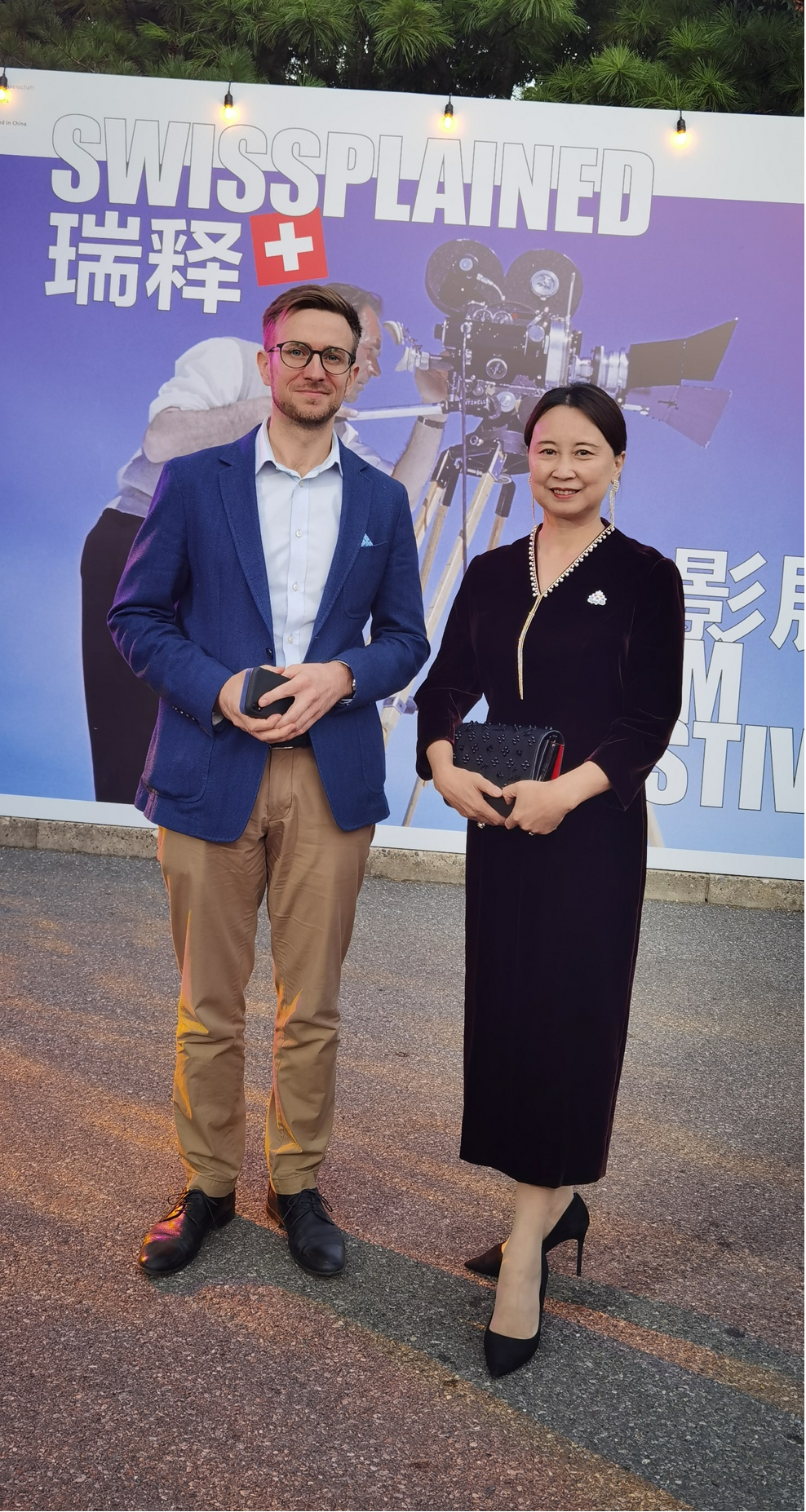 Ms. Qin and J.Jeyzy Malicki, the Head of Culture of the Embassy of Poland.

Ms. Qin and Johan Van Hove, the Head of Public Affair of the Embassy of Belgium